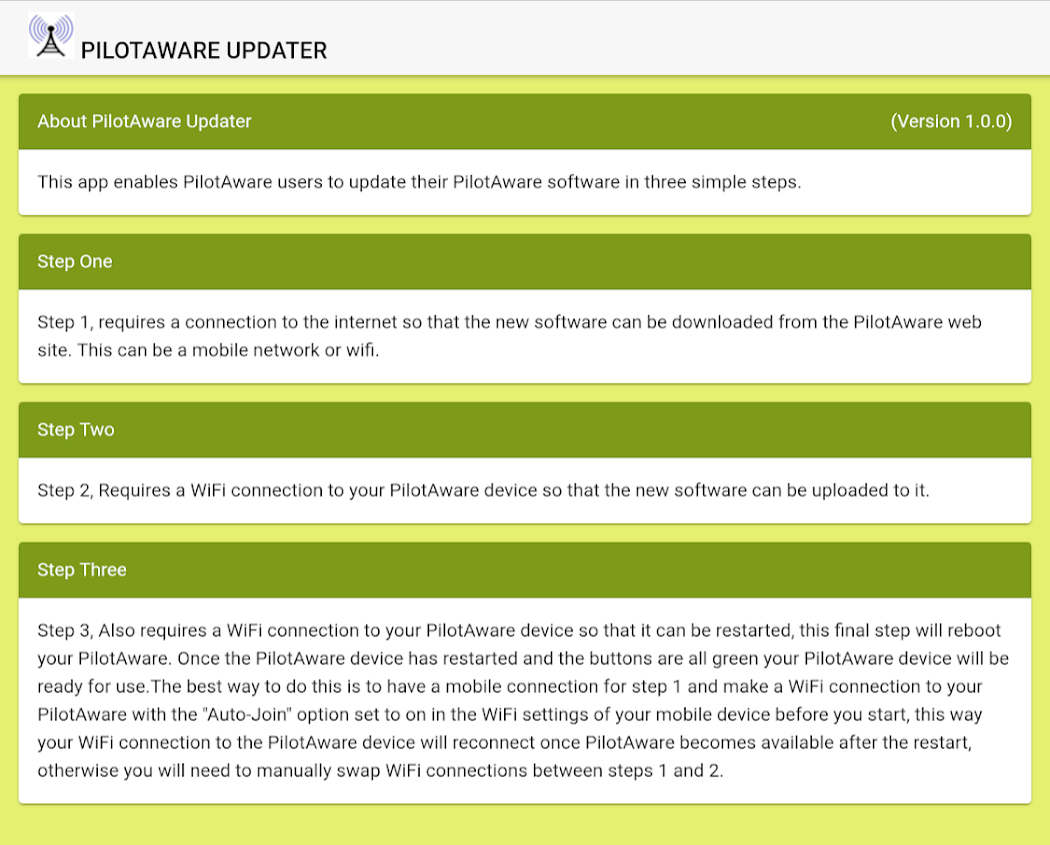 Thanks to some fantastic work by Neil Hathaway we now have an Android version of the PilotAware Firmware Updater.

With this new app you will be able to remotely check what software version is installed, update it if a later version is available, check that your license is current and renew it via the PilotAware site if it is not.

The iOS version has received a great deal of critical acclaim and following significant customer demand we are now releasing the Android version as a beta release.

The app is intuitive with embedded operating instructions.

Devices using Android differ from iOS in that there are many combinations of hardware, software and concurrent apps so this requires an extended test regime.

However, if you are a confident Android user please feel free to download and use the complimentary app here.

With both the iOS and the Android Apps, the PilotAware Rosetta or Classic device must be running software at least revision 20190621 or later for the app to work.